Senegambian stone circles lie in Gambia. The stones were erected around the eighth century on top of earlier graves. The ten to twenty-four stones in each circle vary in size up to ten-ton stones, from 1 to 2.5 metres high. The stones mark burials and were erected before the twelfth century. There are around 1,000 stone circles, the biggest concentration being more than 1,000 stones in fifty-two circles at Djalloumbéré.

On the stone an Old Irish inscription is translated as ‘this place, bequeathed by Ternoc, son of Cernan the Little under the patronage of Peter the Apostle’. He died around 714 – 716, so the stone must have been erected in the early 700’s AD, making it the earliest datable stone monument in Ireland. It is decorated with ten crosses and excavations in 1966 and 1968 uncovered a number of stone built and dug graves nearby. Close to the pillar are several small stones, some with crosses.

My measures app is a cool new construction and architectural app you should definitely put in your toolbox. It is used for stored and sharing object dimensions. This is great for architects, vendors, and subs to share field measurements. This app allows you to store in metrics or imperial measurements. It is available for use in English or Spanish. In addition, if working on multiple projects, it allows you to organize folders. We highly recommend.

Leafsnap is the first in a series of electronic field guides being developed by researchers from Columbia University, the University of Maryland, and the Smithsonian Institution. This free mobile app uses visual recognition software to help identify tree species from photographs of their leaves.

Leafsnap contains beautiful high-resolution images of leaves, flowers, fruit, petiole, seeds, and bark. Leafsnap currently includes the trees of the Northeast and will soon grow to include the trees of the entire continental United States.

This website shows the tree species included in Leafsnap, the collections of its users, and the team of research volunteers working to produce it. 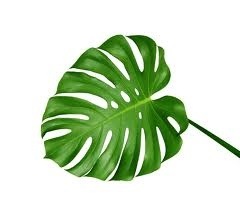 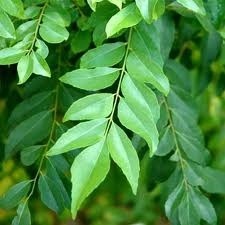 Q: Where can I find information about building with stone? How thick a wall to support a given amount of weight? Etc.

A: Start by consulting your local building department and relevant local/state building code. The thickness of your wall will depend on the quality of materials and whether you choose to use steel reinforcing. The compressive strength of your stone will rarely be the controlling factor for walls built to human scale. Reinforced walls will require an engineer’s assistance. For an unreinforced wall, the required thickness is set so there is never a loss of compression on the stonework. Here’s an example:

(240)(5)/12 >= (1500)/(t)
t>= 15.0 inches…ok
You can use this formula for various wall heights, wind loads and wall weights. You will note that axial load will add to the “weight” of the wall, thus further increasing the value to the left of the greater than or equal sign…which will permit you to use a thinner wall. Don’t go too far in this direction, as the roof weight (and forces tributary thereto will fluctuate (uplift, etc.)

For those of you in seismic / earthquake zones, the formulas are set up similarly, but the lateral force increases linearly with wall weight. Here’s how that formula looks: 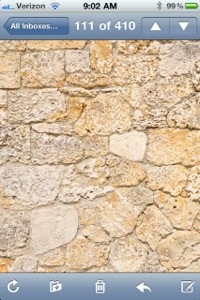 Construction Industry Favors Romney in Upcoming Presidential Election
According to a BuildZoom survey, nearly 3 out of 4 remodeling/construction contractors express support for Mitt Romney.

To better understand how the construction industry views the upcoming presidential election, BuildZoom conducted a survey of licensed remodeling and construction contractors across the US.
The research revealed that:
1. Nearly 3 out of 4 of contractors believe that Mitt Romney would do a better job as president and trust him more to handle economic issues such as the budget deficit, taxation and job creation.
2. Pro-Romney contractors empathize with his business experience and believe he would have a more positive impact on the general economy and construction sector than Obama.
3. Pro-Obama contractors believe he is more in tune with the middle class and are critical of Romney’s character and perceived lack of empathy for the middle class.
4. Nearly half of the respondents ported that the Recovery Act hasn’t helped at all while 33% responded that it has helped “a little.” A majority of contractors (77%) reported that they had not been provided with enough information on how to take advantage of Recovery Act opportunities.
The full findings, data and research methodology are available on the BuildZoom blog.

I am a very simple girl. My mom and husband both think I am too conservative. But I eschew a more pared down design aesthetic. I don’t hide it. When clients visit, I am very upfront that the color choices that appeal to me may be too simple for their personal tastes.

From an architectural standpoint I am drawn to Frank Lloyd Wright. But these lively landscapes while true to their region all appeal to me because of the simplicity of design intent. 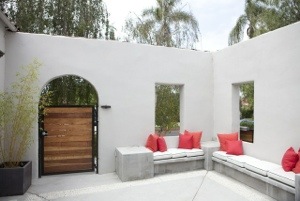 My husband ripped out all of the ficus that bordered our front landscape. While it gave him much pleasure to see the hedges gone they left a gaping hole in the yard which got me thinking… How am I going to get work to give me a ton of black beach pebbles? Any ideas for a cash strapped girl? 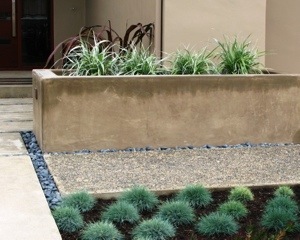 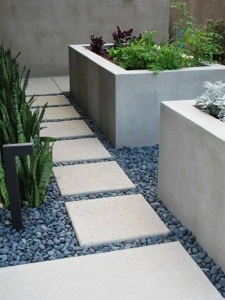 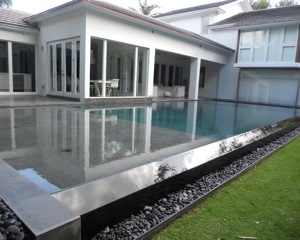 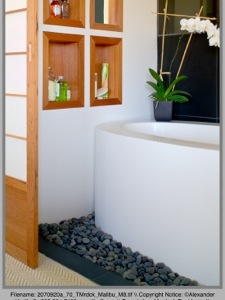 With the presidential debates in full swing and my absentee ballot ordered, I am anxious to exercise my right to vote. Which is why this story from the city that was my second home caught my eye…

Former Mayor Ray Nagin’s business dealings in the world of granite countertops are at the center of a federal probe that last week led to his two sons — and business partners — being hauled before a grand jury. The family’s local granite outfit, Stone Age LLC, is long gone, after being shuttered in early 2009.

But the Nagin family apparently hasn’t given up on granite yet: They’ve taken their idea to Texas.

According to the Texas secretary of state’s office, the Nagins incorporated a new firm called Basics Natural Stone in February.

The business is headquartered in Frisco, the Dallas suburb where the Nagins began living part-time immediately after Hurricane Katrina. Texas records show the officers in the company are the former mayor; his wife, Seletha; and his sons, Jeremy, 28, and Jarin, 25.

There was no answer at a phone number for the business listed online, which described Jeremy Nagin as the point of contact. A message left at the number was not immediately returned.

Lawyer Clarence Roby, who represents Jeremy and Jarin Nagin, confirmed Monday that the Nagin brothers had been summoned last Friday to appear before the federal grand jury investigating their father. They also delivered records, Roby said.

Roby said he could not discuss the brothers’ testimony or say what records they had delivered. But he did say they have complied with every request made by federal authorities, and added that prosecutors have not identified his clients as targets of the probe.

Their father, however, is clearly at the center of that investigation. In June, businessman Frank Fradella pleaded guilty in June to paying $50,000 in bribes to Nagin and delivering “numerous truckloads” of granite to the mayor’s business. Fradella had several city contracts during Nagin’s second term in office, which ended in 2010.

The Nagin family’s part-time residency in Dallas as New Orleans struggled to recover from Katrina caused some controversy during his second term. The family began renting a townhouse in Frisco immediately after the storm, and they bought it in 2007.

Nagin put his Park Island house on the market for $729,000 late last year. It sold for $485,000 several months ago. Real estate records do not show the Nagins having purchased another house in the city.

Our summer here in Florida seems particularly long. We need a dip in the temperatures.

So I was drawn to these exuberant and playful outdoor showers many of which use stones that Larry’s Cap Rock & Stone stocks or can special order. 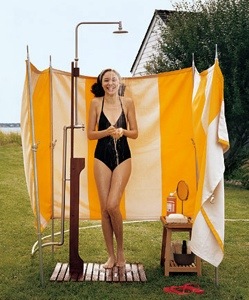 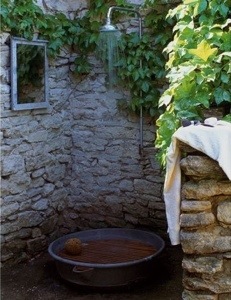 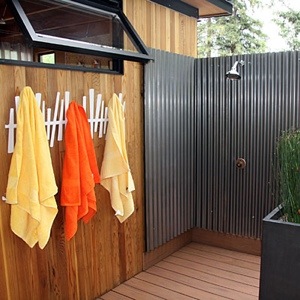 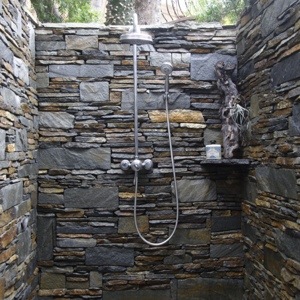 (Source: AGC)–Price spikes for several key construction materials in September threaten to push contractors out of business, according to an analysis of federal figures released today by the Associated General Contractors of America. The recent surge comes despite mild year-over-year changes in materials prices overall.

“The latest surge in materials costs may push subcontractors and some general contractors into insolvency, following years of razor-thin margins and shrunken levels of activity,” said Ken Simonson, chief economist for the construction trade association. “Most contractors have no ability to pass on unexpected cost increases.”

The producer price index for inputs to construction—covering materials that go into every type of project, plus items consumed by contractors such as diesel fuel—increased 0.9 percent in both September and August, while the indexes that reflect what contractors would charge for their work were largely unchanged, the economist noted. The price increases for materials follow several months of declining prices, so that the year-over-year change in the index for materials was a “deceptively mild 1.7 percent,” he added.

Simonson cited rising prices for a variety of essential construction materials as responsible for the recent spike. The price index for diesel fuel jumped 5.7 percent in September, following a leap of 8.7 percent in August. Prices for copper and brass mill shapes climbed 3.6 percent in September. The indexes for aluminum mill shapes and lumber and plywood each rose 1.1 percent in the latest month, while the price of steel mill products increased 1.0 percent.

Association officials said inadequate public investment in infrastructure is a major reason contractors are unable to recover costs. “With so few projects to bid on, contractors are offering their services with little or no margin to cover materials costs,” said Stephen E. Sandherr, the association’s chief executive officer, noting that recent Census Bureau data showed a 3.5 percent drop in public construction spending from August 2011 to August 2012. “Despite the tepid recover, the construction industry continues to suffer from tight margins and weak demand. That is why federal, state and local agencies must keep funding intact for construction, or they will have even worse problems with unemployment and shuttered businesses.”

At Larry’s Cap Rock we are committed to providing you the lowest prices possible but freight has affected pricing for many of our domestic materials.